The Americans called it “Little Berlin.” Like its big brother in Berlin, this town of 50 inhabitants became a symbol of the German division. After the two German states were founded, the Thuringia side of the town belonged to the territory of the GDR; the Bavarian half became part of the Federal Republic of Germany. The first border fortifications were erected in 1952. A 700-meter-long concrete barrier was added in 1966 that divided the village for 23 years. The border crossing in Mödlareuth was opened on December 9, 1989, one month after the fall of the Berlin Wall.

The memorial that opened in 1990 consists of open grounds with original preserved border fortifications, an area for permanent and changing exhibitions, a vehicle exhibition and rooms for seminars, lectures and tours. The museum also includes a media archive, archive, library and depots. 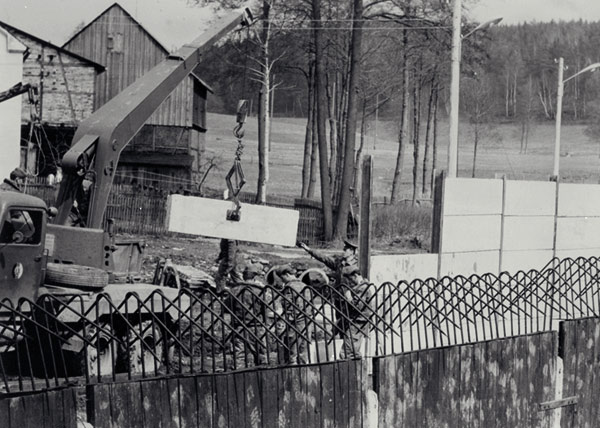